you're reading...
All, Writing & Ranting

There is a book by Frank Vincent called A Guy’s Guide to Being a Man’s Man that “shows how any man can be all that he can be in love, work, play and life.” It provides some dare-I-say old school tips on how to dress, cook and pick out a nice cigar.

Unfortunately, guys are becoming less and less manly. No, I’m not talking about being able to grow a moustache. Or drinking a nice scotch. There are plenty of assholes that can do that these days.

This is not a man, this is a douche

I’m not talking about the way men look or the things they own. No, it’s the way they act that is the issue.

You want to be a man’s man? How about you master the basics first?

Real men respect and take care of themselves.

Way back in high school, I remember reading a relationship book in Barnes & Noble with my first real girlfriend (the one I made a Popsicle stick picture frame for). We laughed when we read something to the effect of, “If a man doesn’t wear a seatbelt, he isn’t worth dating. Because if he doesn’t respect his own body enough to wear one, he surely doesn’t respect you.”

At its least, it means having a salad every now and then so you don’t die of heart failure at 40. At its most, it means calling a cab if you think you’ve had too much to drink.

Additionally, it means getting help with an addiction, because guess what – real men are in control of themselves. 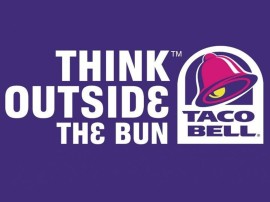 Not worth killing a family with your car over.

Real men do the things they don’t want to do.

Being a man means doing things you don’t want to do. People count on you – emotionally, financially, as a son, as a co-worker, even as a father. Real men find a way to get everything done, even if it’s not 100% perfect.

Leave a beer bottle on the table, you can get it the next day. Don’t show up for work, you get canned.

Extreme examples, sure, but the principle is the same. So next time your girlfriend wants to go see a play with her friends, just go. And dress nicely. Real men would see this as a chance to look good and be witty so their girlfriend can show them off a bit.

Kids would rather stay home and play video games.

There’s a reason I’m all by myself. But ya know what, I still showed up for the picture.

Real men put their significant others ahead of themselves at almost all times.

This isn’t just going to the theater one in a while with a gal pal. Real men weave it into their lives to the point where it’s second nature.

Everything from being closest to traffic when walking on the sidewalk with a woman to writing down important events in her life so you don’t fucking forget to send her a “Good luck” or a “Go get ‘em” text is done not because your partner is weak or needs your help. It’s because when a man is comfortable and confident in himself, he can put his needs aside and help others.

Sure, getting another man a gift for no reason is a little odd. But buying a round when you get to the bar isn’t. Think about that money you spent last month at the strip club. If you can afford that, you can afford a few drinks once in a while.

And you better not forget your family members’ birthdays because you were too busy catching up on some fucking TV show. 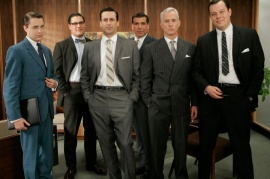 These aren’t necessarily real men. But they are mad.

At work, on the golf course, in the bedroom, men shouldn’t beat around the bush. If some guy is holding up your group because he thinks he’s playing in the US Open and spending 5 minutes lining up every putt, politely but sternly ask him to hurry the fuck up.

Did you order a steak and it tastes like shoe leather? Don’t be a wuss, tell the waiter about it. Say you’ve really enjoyed their food before, but this steak isn’t up to their usual high standards.

Is your wife or girlfriend not doing a certain something in the bedroom? Ask her about it. Be an adult. Don’t be accusatory, but explain how much you enjoy that. Do you want to go the rest of your life without it?

Keep that line of communication open. What’s she going to do, slap you in the face?

If you hold everything in and beat around the bush because you’re afraid to get your feelings hurt, you’re never going to get what you want. Look, I’m not one of these alpha male dickheads, but sometimes you have to just get after it.

Have patience with pets and kids. Don’t wear black belts or shoes with khakis. Athletic socks are for sports. Find a real barber. You’ll feel like a man getting a hot shave, and real barbers will find the best look for your hair – even mine.

This isn’t high school or college anymore. You can’t just fuck off all day. But if you take care of yourself first, you’ll have no problem taking care of your partner. Pay your bills, hit the gym every now and then and frankly, just don’t be a pussy.

It’s really not that hard to be a man. Once you have these basics down, you can go buy Frank Vincent’s book. And grow a moustache. And drink your dumb scotch. What a truly manly man you are.

What Are You In The Mood For?